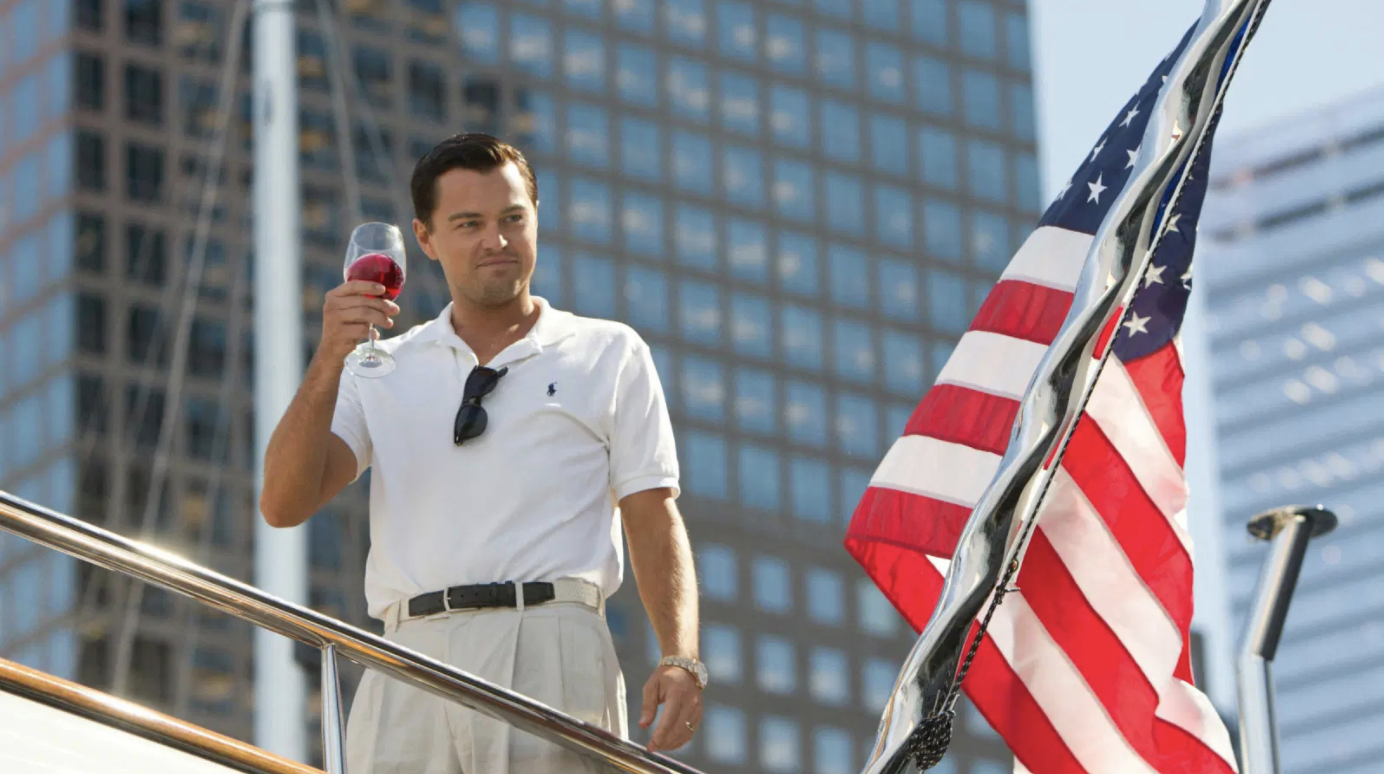 4.5/5
If you’ve seen The Dark Knight trilogy and want to see Christian Bale play the joker, you should watch this movie. It uses the world of finance as a backdrop to an investment banker’s descent into madness. It’s funny and quotable. See this movie.

3.5/5
Released over 30 years ago, this movie is iconic, especially for Gekko’s “greed is good” speech. So iconic in fact that barely-there White House communications director Anthony Scaramucci and Donald Trump both attempted to appear in the sequel. The film presents Bud Fox’s journey (Charlie Sheen) for money and then redemption with the help of his dad’s union and another billionaire. If nothing else, the film showcases a world where wall street and 80’s fashion go hand in hand, where old people complain about the gold standard and where the “international debt market” is a marketable buzzword.

3/5
This movie marries a good cast with a thriller about finance to dramatize the housing bubble of ‘07. It’s realistic enough, taking on the phenomenon of Wall Street betting against their own assets(NYT), but it constrains those decision considerations to within a couple days for dramatic effect. If you don’t mind seeing some financial analysts stress out and mope around, watch this movie to see Jeremy Irons as the voice of the market.

4/5
Directed by Adam Mckay (Vice, Anchorman, Hustlers), it gives you the quick and dirty explanation of the housing market crash of ‘07 through a biographical view of a few people who made money shorting the bubble. Watch this to see Steve Carrell hold the audience’s anger and carry his denial to term. If you’re a retail investor try not to enjoy this film too much.

I know, I know, it’s 3 hours, but if you still haven’t seen this movie you should. Leonardo DiCaprio plays out the get rich quick scheme of a Queens guy with a chip on his shoulder who starts a Long Island brokerage house. It’s light on the finance and heavy on the antics. I'm a LA native who likes city builders and am always listening to something. I graduated from the University of California,Irvine with a Bachelor's degree in Informatics. I enjoy taking hikes with my friends and reading anything that's not too boring. I sometimes show up on twitter as @thelaconiclark and also on Instagram as @asparagay.